The Highland Quaich - The Cup of Friendship. The word "Quaich" is derived from the Gaelic word "Cuach" which means "shallow cup" or as we know it today, a "drinking cup". The Quaich originated in the Scottish Highlands centuries ago and became the favourite drinking cup throughout Scotland. Traditionally, the Quaich is used when offering a guest "the cup of welcome" and again when offering the farewell or parting drink. The cup is a simple, shallow bowl with two handles or ears, colloquially known as "lugs". The Quaich is a very popular gift. Pewter Quaichs and Flasks Made in Scotland! 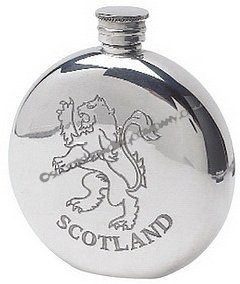 Beautifully made jacket and vest. I got it made in navy...